If the proof-of-concept short actually proves the concept, we will be seeking funding for the first of the following three scripts, but are listing all their premises to depict what we hope will be the full scope of “The Catalyst” storyline.

“THE CATALYST” by Alan Fine

A young family becomes deathly afraid to do anything in their own home when simple household accidents begin to trigger increasingly violent paranormal events.

Sarah Wilson and Kris Cusick in “The Catalyst”

“THE CATALYST II” by Alan Fine and Mark Grisar

The lively girls of a college sorority learn about catalysts, but not the kind that start reactions in chem class. The common accidents in their dorm cause severe paranormal disturbances related to violent incidents in the school’s past. 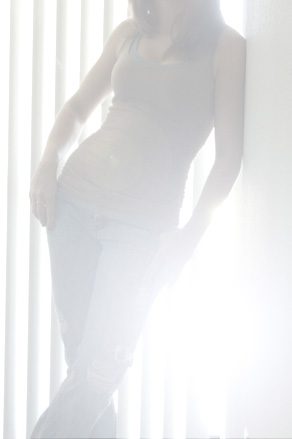 “THE CATALYST III – TAKE YOUR MEDICINE” by Alan Fine

Survivors of the first two “Catalyst” stories are treated in a hospital where a clipboard is dropped “the wrong way.” Triggering hauntings is bad enough in most locations, but in a hospital where death is a common occurrence, insurance policies won’t cover what happens.

Ad line: “Patients are dying to get out.”

“The Catalyst III – Take Your Medicine”