It was a hard climb, but I am thrilled to say we hired a crew, cast our actors and will be shooting 1/10/16! And you will be able to watch live! We will be broadcasting from the set and you can see what’s happening if you visit www.bit.ly/CatalystLive. (UPDATE: Since that shoot is over, if you go to that webpage now, you will see the slide we had up during shooting. Once we raise the money to make a series of features based on this proof-of-concept short, we will use that site to transmit behind the scenes footage again. In the meantime, the behind the scenes footage we shot has been archived and will be released slowly here on this site, so please stay tuned.)

Now let me warn those who have never been on a movie set… it is boring until it is not. But mostly if you are not working, it can be boring. Still, it will be good to have you as our guest, even if it is only virtually.

I am ecstatic about our cast. 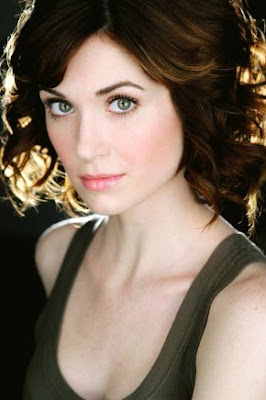 Sarah Wilson starred in the indie film “Surviving Family” and I felt she single-handedly held that film together. As great as all the actresses auditioning were, no matter which “husband” I paired Sarah with, she hit the emotional beats of the scene and was fresh each time. She was also willing to risk looking foolish while feigning possession on cue, and she was good at it. 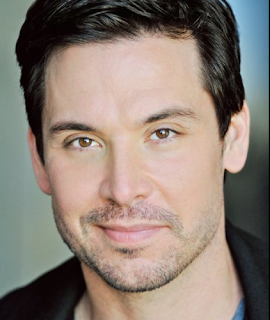 Kristoffer Cusick toured and then was on Broadway with “Wicked.” He has also toured with “Rent” and is currently on HBO’s “Vinyl.” As great as all the other actors auditioning were, Kris was the one who was most attentive to his “wife” and he also somehow made it fresh each time. (He reminded me of me too, which wasn’t a bad thing since that’s how I wrote the character.) 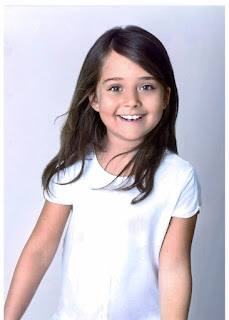 When I put these two together, I saw the my characters come to life. From this point forward, whatever they tell me about their characters, I need to add to the script, because they ARE them.

And Emma Gladstein was cast because of that face. She looks like our stars and has acting chops. In fact, she also has as much representation as her adult counterparts!

REFLECTIONS
As human beings, we often use the closing of a year to look back, recollect, and hopefully learn. I’m doing that both for myself AND “The Catalyst.”

For example, I notice this is our tenth newsletter. The first was released in April of this year. What an April fool I was! Please no one look back over those documents. I’m embarrassed at my naivete.

At one of my class reunions, a good friend and schoolmate offered to help find financing for “The Catalyst” feature film. I thanked him and told him we first had to get the legal paperwork for investors together and make the proof-of-concept short film as part of the investor package. I said it would take at least a year….

Try three… Or has it been more, AB?

So now I know I am probably naive when I say we might have the feature film financing by late 2016. Whether or not, we will at least have a cool short for the International Film Festivals while we wait.

I mean it when I tell my crew I’m trying to build a family, one that can be counted on for other film projects. They seem to share my sentiments, then some jump ship when more money is offered, which I can’t blame them. Still, there are those who stand by me, are not looking for a paycheck and have bought into the same dream; that we might create something special which may last and have future potential for us.

Nothing you read or watch on filmmaking can prepare you for the specific decisions you will have to make for your project. This is my favorite recent one…

We wanted two private dressing rooms for our actors without spending thousands on renting a big movie trailer or a larger shooting location. Since we are shooting scenes in two bedrooms, if we rent a two-bedroom house, we would be all out of bedrooms.

As we looked at locations, I noticed how great some of the living rooms were and realized we should utilize them for one of our sets, freeing up a bedroom, so I’m rewriting the scenes to support that change.

Also it was pointed out to me that we only need the child’s room for a half day. If we shoot there first, we then free it up for the rest of the shoot as a dressing room.

All that planning aside, the film gods smiled on us, because we found a location with four bedrooms and 3.5 bathrooms, and because of this, we may be able to accommodate many of our crew who travel long distances with lodgings.

Our production team remains the same with two exceptions. Our Director of Photography is now John Rosario and our Production Designer is now Sophy Hou.

Here is our entire crew as listed on IMDB, the Internet Movie Database:
http://www.imdb.com/title/tt3094934/combined

Tagline:There’s no escape. Everywhere is haunted.

Plot: After simple household accidents trigger increasingly violent paranormal incidents, a young family becomes afraid to even move in their own home.

So I hope you will consider dropping by www.bit.ly/CatalystLive after 1/10/16. Feel free to email questions or comments.