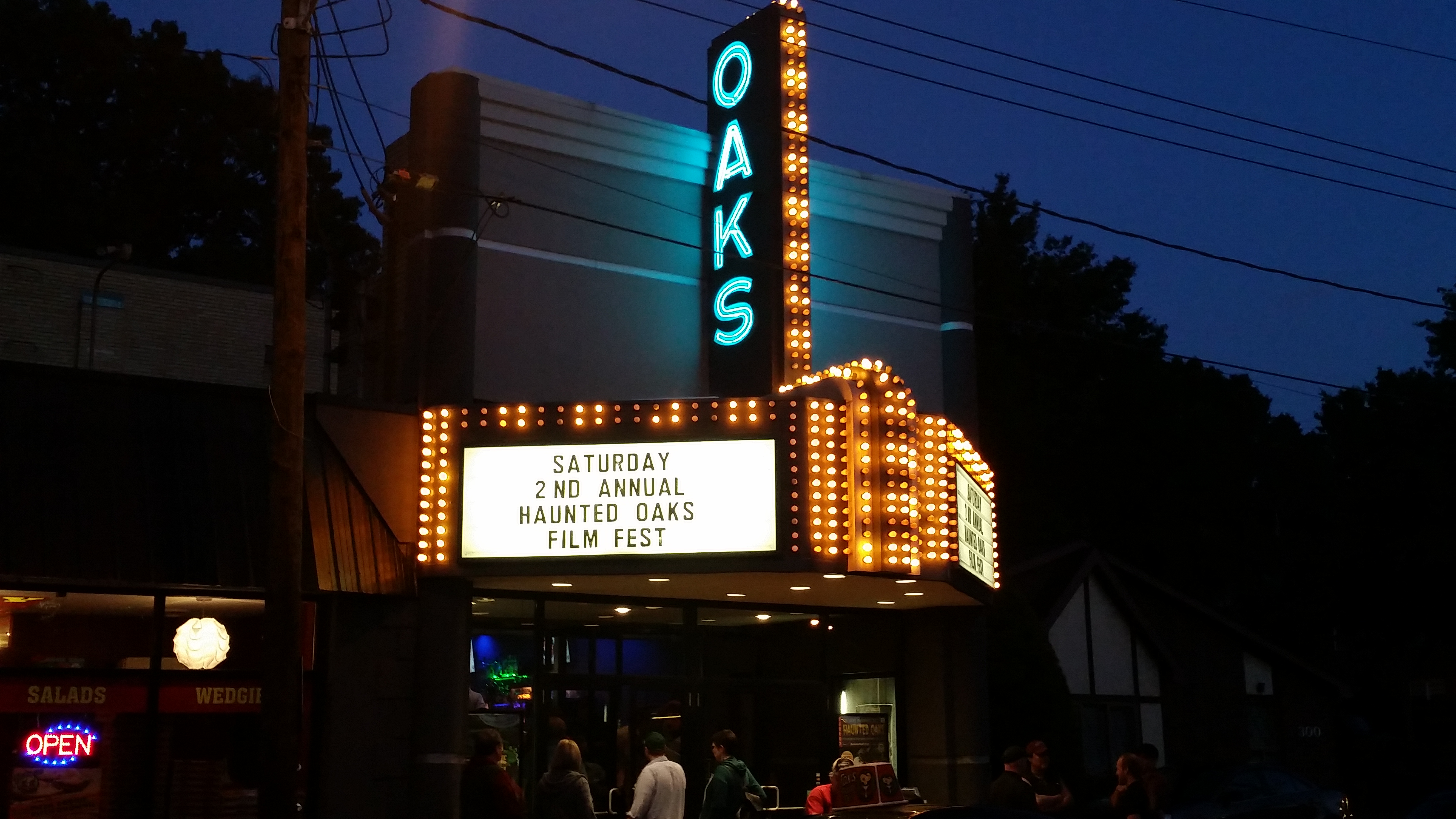 “Accidents WILL happen…” a text card reads at the open of the film. In The Catalyst, director Alan Fine explores a reasonable variation of poltergeist activity as the lead characters experience terror as they go about their daily lives, “Accidents are just plain scary. We are always on the alert to prevent them, but we can’t. So I thought, what if the unpreventable angered ghosts and triggered escalating hauntings, small at first, but then causing injury and death? And what if a family finally realized it a little too late?”

Sarah Wilson and Kristoffer Cusick in “The Catalyst”

And, this short gets in your face. Fine utilized creepy POV of the unseen foe to give this audience a very close-up experience with the spirit plaguing the house. “The audience will learn what the ghost can do from its point of view before the characters do, and therein will lie the suspense. We think of it as “Jaws in a haunted house.” The shark would swim up to a victim’s legs, then the camera would stay above the water. Our short film tests flying a ghost in a character’s face, then cutting to the empty space in front of that character, “ Fine explains.

The Catalyst is only one part of three in a series along with a collection of real, campfire ghost stories and other entertaining material on CatalystGhostStories.com. Fine enjoys the reactions the film has drawn, including a casual showing at a dinner party, “We assured them this wasn’t a slasher movie or anything. When it was over, one very unnerved woman and said to me, ‘I thought you said this wasn’t scary’. ‘No,’ I explained, ‘I said it wasn’t bloody.’ I’m a bit proud of that” (Fine).

Who haunts your ghost story? Catch The Catalyst on the big screen on Saturday, October first at The Oaks Theater! Doors open at 6:00 pm, and the lights will go down at 7:30 pm.