(WAIT! If you are just joining us, you might want to read casting, pre-production and production blogs first.)

POST-PRODUCTION (AND SOME THOUGHTS ON IT)

When I first became aware of movie making as a kid, it was strange to learn the actors were deep into other new projects and hadn’t thought about the film they were promoting for months, if not a year or more. Well, that’s post production for you.

A film is written three times…

Hopefully things go well and there aren’t many compromises. That has been the case with “The Catalyst.”

As reported in our last Filmmaker Blog, my editing equipment was able to handle the robust 6K footage we captured with Panavision lenses and the awesome Red Dragon camera. My goal was to achieve “picture lock,” a state in which all the many shots are put in order, cut and finalized. This enables the other post-production departments to proceed. Otherwise they would have to redo their work with each ensuing change, something to avoid at all costs.

Once “locked,” I started composing the score.  I reported I composed a stand-alone piece used for the Catalyst Ghost Story Archives (click here to hear it), but I knew it wouldn’t work for the short. We needed something creepier. So I set out to compose “creepy,” and it was, but it was also a throwback to my favorite horror film scores of the 80s, especially Jerry Goldsmith’s “Poltergeist.” I had created scary, but not creepy, or better yet “insane creepy.” It was wrong for “The Catalyst,” and I knew it, so I FIRED MYSELF.

I had previously scoffed at the idea of hiring a composer, so paid little attention to many cold email messages from composers looking for employment. One email was different. It came from a composer’s manager saying he would be visiting Manhattan and did I want to meet him. I immediately looked up Ceiri Torjussen, heard this cut of his music, “Putrid Premonitions,” and knew he was the guy. (And it didn’t hurt that he composed or arranged “I, Robot,” “The Day After Tomorrow,” “Scary Movie 2” and “Live Free or Die Hard.”) We meet in a noisy Manhattan coffee shop where Ceiri cupped his hands around his eyes and willed the small area between himself and my iPad into a screening room. He watched intently, tuning out the activity around him. After a chat, he thankfully said he was interested. 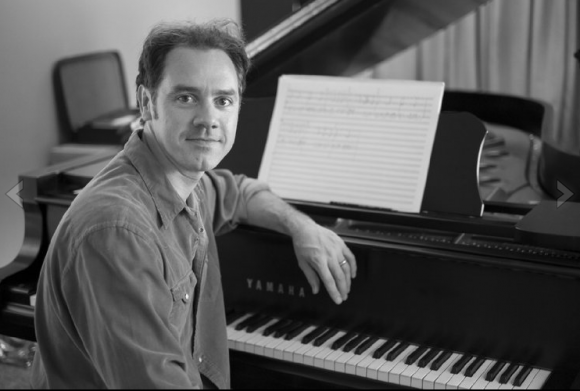 I had always heard that the right music makes a big difference. Well, our actors, Sarah Wilson and Kristoffer Cusick, had been terrific. I would not have thought anything could make them better, but the music elevated them, as well as the lighting, cinematography and editing. Somehow the moody shadows and highlights designed by our Director of Photography, John Rosario, seemed even more alive when seen with Ceiri’s disturbing strains.

Our Colorist, Ismael Gomez, worked very hard to take what I had edited, convert and deliver it in the form needed by our special effects house, Mechanism Digital, led by Lucien Harriot. Lucien has been very “hands on” and a real champion of this project. He didn’t have to, but made it his job to be at early ghost camera testing (see Filmmaker Blog #6) and on set at 3AM to make sure the images we captured would be what he needed to do his magic. 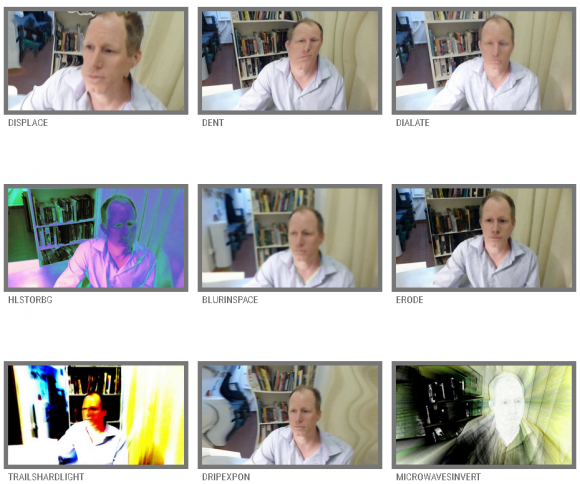 I want it to be known that I deliberately wrote “The Catalyst” so it WOULD NOT NEED special effects, but it was the friendly and comfortable relationship that developed with Lucien which turned me into a cliched director, suddenly wanting all kinds of effects! It came to the point where I had to ask myself what shots were absolutely NEEDED to tell the story, versus what shots would be NICE TO HAVE. (it was like planning a household budget, only this wasn’t mac and cheese versus steak!) Lucien handled the situation with humor and ingenuity. Somehow – and without expending too much more money – Lucien and his crew, including Kathereena Singh and Fangge Chen, are making it all happen.

The final polish though will go to our Sound Crew, Roman Chimienti and Jay Pellizzi. They have already cleaned things up, made the dialogue crisper and added little touches for realism, like a large Grandfather Clock ticking in the background which was actually not at the location. They are also responsible for making sure all the lightning we see is matched with thunder that starts far away, but gradually becomes more immediate, loud and overhead. Most importantly, they will be responsible for the sound of the ghost’s world and how the ghost’s non-verbal thought-rants will sound.

PULLING IT ALL TOGETHER

Lastly, the separate components will be sent back to our Colorist, Ismael, who will re-assemble them, adjust each shot so the colors/brightness/contrast match, then export the final film to a format optimized for something between computer viewing and the screening room. (NOTE: The images on TVs, computers, smart phones and from movie projectors are all different and require specific adjustments by a Colorist.  Imagine a television store wall, with TVs displaying the same program, but each looking slightly different. The Colorist tries for something in the middle that will work for most situations.)

I imagined post-production completed in May, but as I kept telling everyone, good was more important than fast. Everyone has been working for less than they are worth and for the love of the project. I never want to take advantage of such wonderful people, so finishing in June is just fine.

I’m proud to say our proof-of-concept short film looks like it came from a major studio and runs about 7 minutes long. (We can’t be sure of its length yet, because the titles and credits are not finalized.) The plan is to keep the full version under wraps, except for investor meetings and film festivals. That is a marketing decision, but also a Screen Actors Guild rule to protect the actors from being exploited. (They worked very hard and for a very low short film rate.) But to promote the short film, we will create a teaser/trailer which will be on this site, and soon, I hope.

So as we near the end of post-production, I can raise my eyes from the road immediately in front of our speeding car and look up at the horizon. It is time to add the finishing touches on a bullet-proof investor package and spend the summer raising money for the first of three “The Catalyst” feature films! But more on that in another blog.